After beating the Liberal Democrats into second place in 2015 Dan Greef has been selected again as the Labour candidate for South Cambridgeshire for the June 8thGeneral Election. 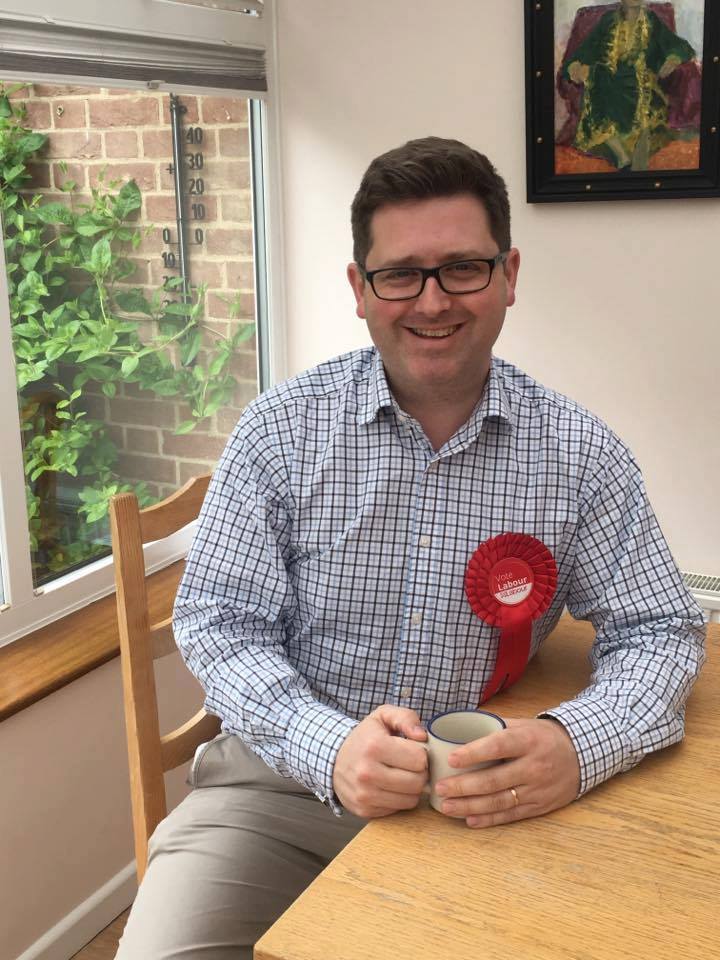 Dan made huge gains in the seat for Labour in the last election and with a local membership which has more than trebled in the past two years he plans to do even better this time around.

Dan was a passionate supporter of the Remain campaign during the EU referendum – a sentiment echoed by more than 60% of the voters in South Cambs.

Dan said: “I am proud and humbled to have been reselected to be Labour’s candidate in South Cambridgeshire. I will work tirelessly between now and the election to earn the trust and support of voters in the constituency.

“This is the most important election within living memory. By going ahead with a ‘Hard Brexit’ the Tories have put an ideological immigration policy above the interests of our economy. The British people did not vote to leave the single market, and if the decision to leave the EU makes our country poorer then I will argue that article 50 needs to be reversed.

“However, this election is also about many different issues affecting our country. NHS cuts have left our local hospitals on the brink of failing to provide the most basic care we deserve. Only a year ago our despairing junior doctors were protesting against Jeremy Hunt, as he changed their contracts at the cost of patient safety. I fear how long the NHS will survive under another Tory government.

“As a former teacher I have seen firsthand how forcing schools to become academies has been a method to save money at the cost of our children’s education. I will campaign against proposals to introduce grammar schools, which are a direct attack on social mobility.

“I want to stand up for South Cambridgeshire as an MP, and campaign for our schools, our health service, and a fair outcome from the Brexit negotiations. To help protect the rights of EU nationals, so that our local economy and society thrive.”

South Cambs Labour chairman John Beresford said: “Having Dan back in the campaign hot seat for our area again is fantastic news. He fought a great fight in the last election helping Labour to consign the Lib Dems to third place.

“Since then Tory candidate Heidi Allen’s party has shown that they have no real plan for Brexit, and no regard for the needs of ordinary working people. She may like to play the rebel in the ranks, but what has she really done to challenge this chaotic Government’s ongoing attack on the vulnerable and needy in our country?

“UKIP has almost no support in our area, and we all remember what happened last time the Lib Dems got a taste of power. So a vote for Dan Greef is a vote for hardworking families in South Cambridgeshire and across the UK. Vote Labour on June 8th.”

Hello I am brand new to Twitter, what are you guys up to

Oh my goodness, I didn't know Jo, wishing you all the very best of health and a fast recovery ❤️

I cannot begin to describe my gratitude to the wonderful people who have cared for me in hospital. They are truly exceptional.

I feel so fortunate to be back home knowing that for so many families, it has been a very different situation.

Any cookies that may not be particularly necessary for the website to function and is used specifically to collect user personal data via analytics, ads, other embedded contents are termed as non-necessary cookies. It is mandatory to procure user consent prior to running these cookies on your website.